The First Fourth of July celebration took place on July 4, 1868. A flag‑pole was planted in the center of the public square and the ladies of the town, with patriotic hands, made a banner of stars and stripes, which were unfolded to the breeze. Squire Ward, the Justice of the town, delivered the oration of the day, and at mid‑day, the festivities were concluded and the happy participants, about twenty in number, including the entire population of the town, had returned to their homes.

More information about Seward, Nebraska history can be found by clicking the links below. 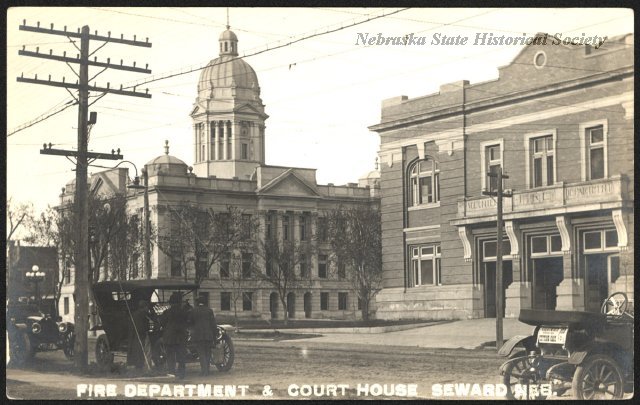 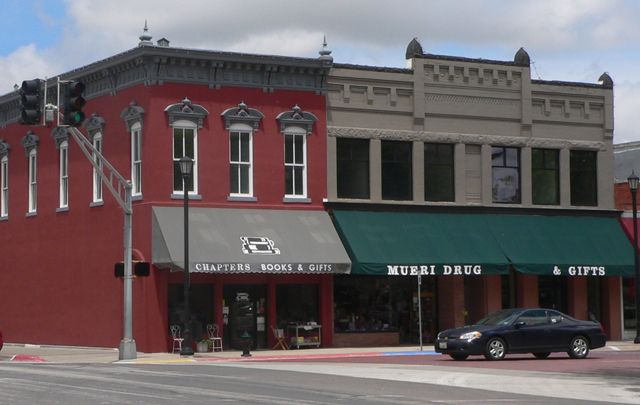 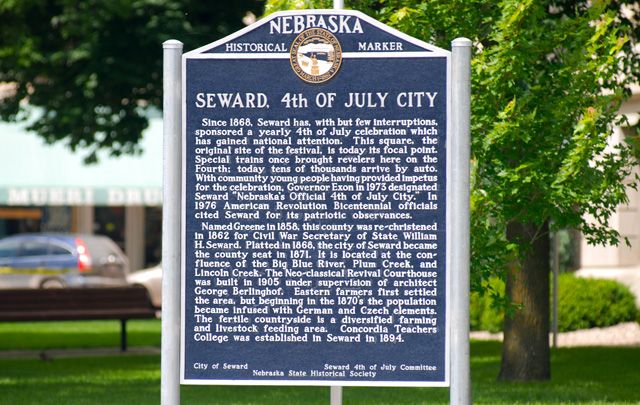 The Seward, 4th of July City Nebraska Historical Marker is located on the southwest corner of the Courthouse lawn. 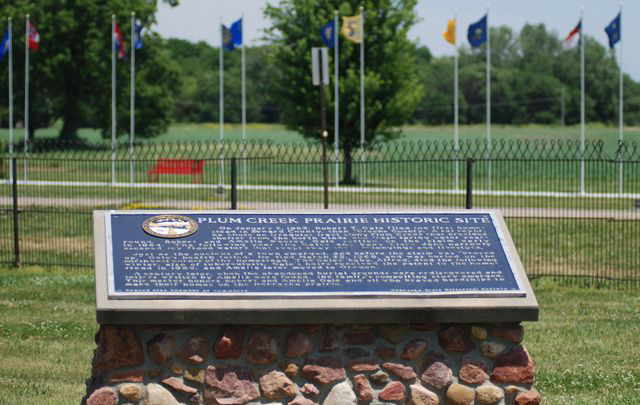 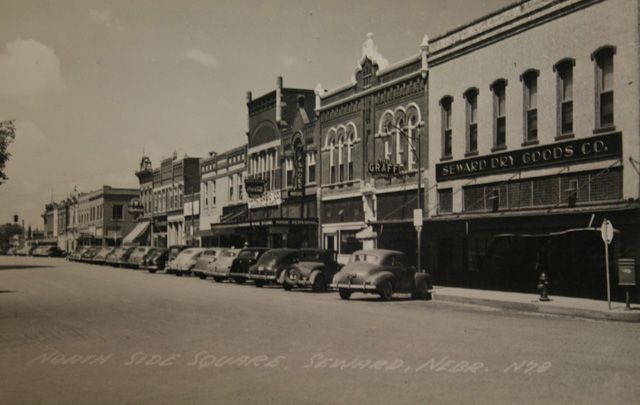 The north side of the Seward, Nebraska Courthouse Square.